The town is named after the Spanish mission that was founded in 1772 by Father Junípero Serra. It became an important railroad town because it was at the southern end of Cuesta Grade.

It was a division point on the then Southern Pacific Railroad (now Union Pacific) and because of it, the town had shops to service the locomotives, a roundhouse to turn engines around, and a wye to turn the massive cab-forward around (because it could not fit on the turntable.) This large articulated 4-8-8-2 engine was designed to go through the long show sheds and tunnels over Donner Summit but later, in the 1950s, pulled freight over the coast line and acted as a help engine. 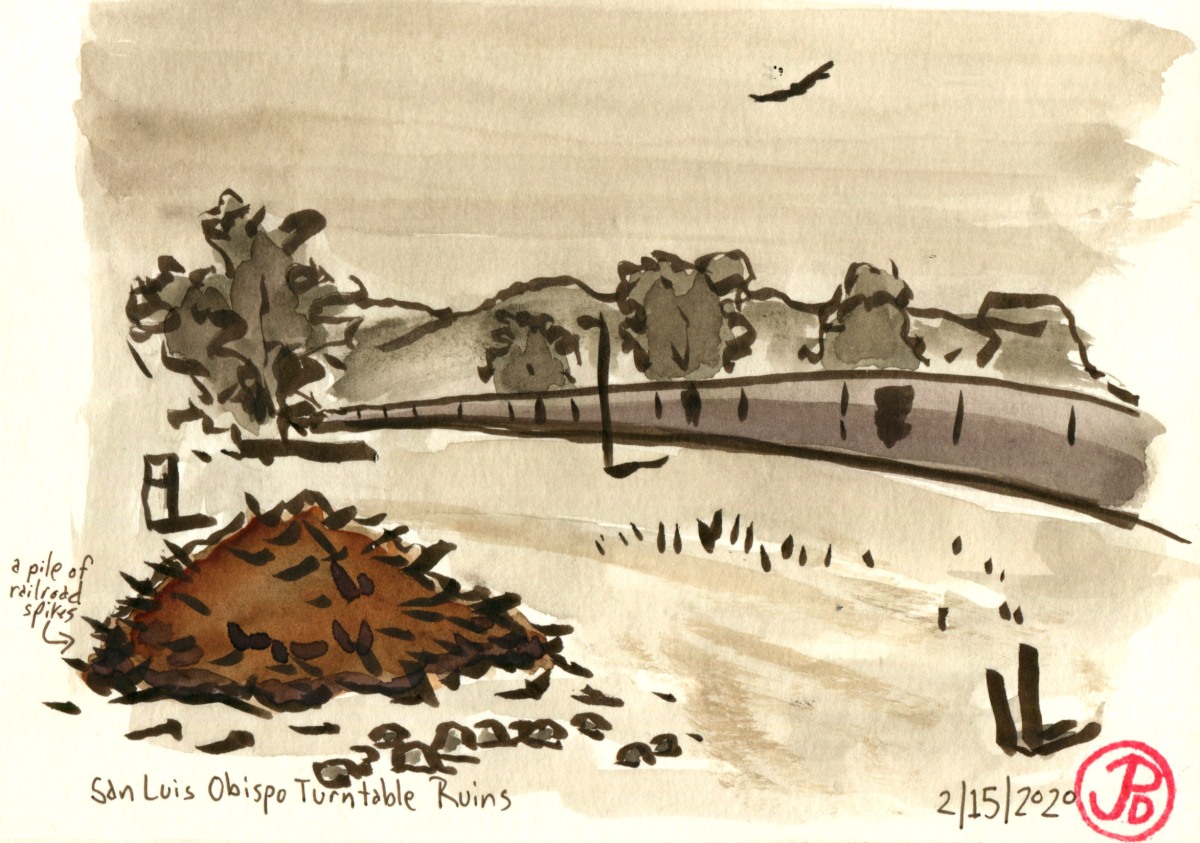 A quick brush-pen sketch of the site of the roundhouse and turntable. While now little is left of the roadhouse, at the height of operations, the yard employed 44 men. The pile in the foreground are rusted railroad spikes. The line of boxcars in the background have been waiting in storage on a track siding for three weeks.

It was here at San Luis Obispo that northbound Daylights took on a helper to make it over the Cuesta Grade and its where a southbound train had their helper locomotives taken off.

The passenger depot was built in 1943 in a Mission Revival Style, slightly echoing the Spanish Mission that the city is named after. 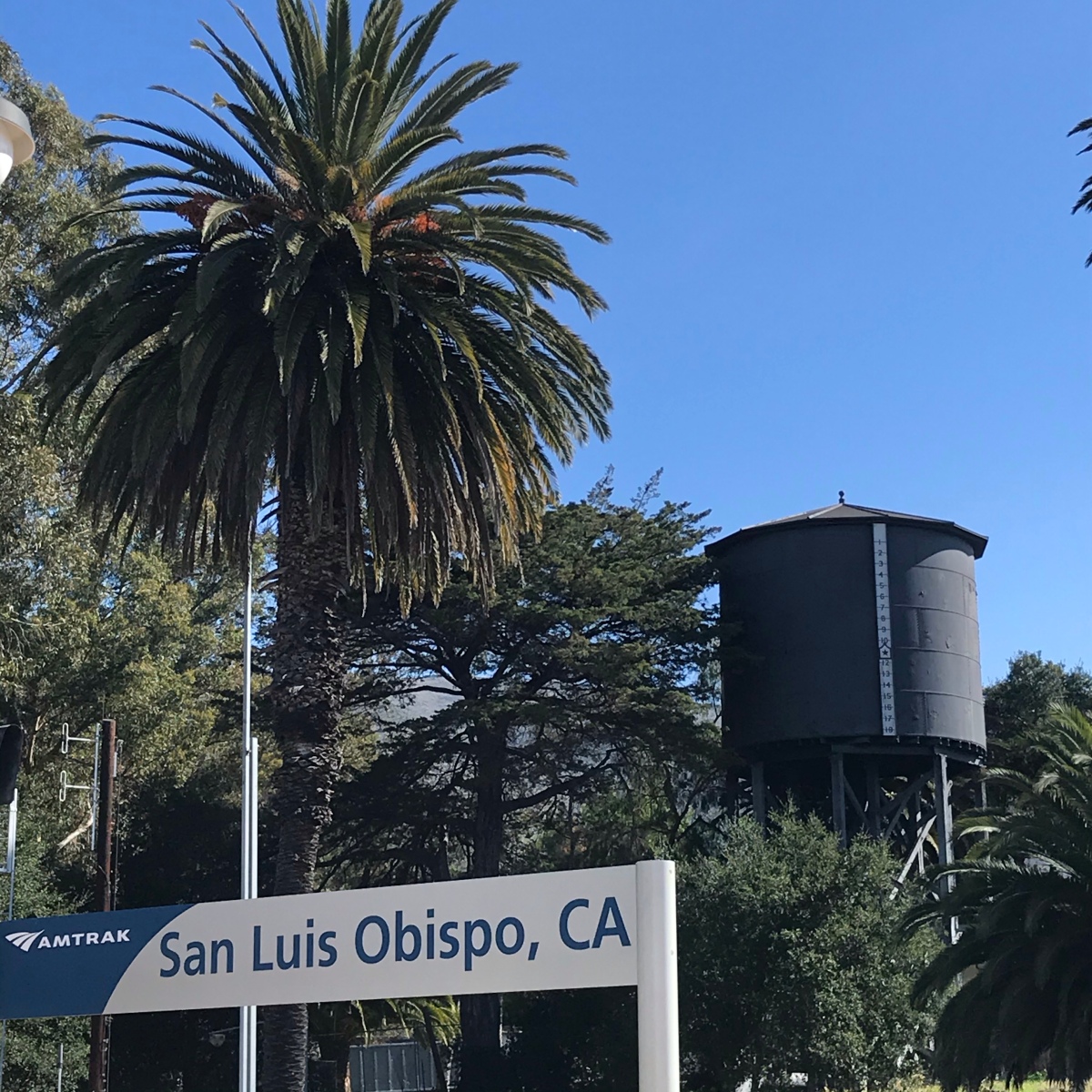 Across the tracks from the station is the 65,000 gallon water tower used to water the steam locomotives that worked this division. The tower was built in 1940 and has been saved from destruction by the city of SLO. Often engines and crew where changed here but the Daylight GS-4 locomotive would make the entire San Francisco to Los Angeles run without being changed out at San Luis Obispo.

The station is still used as a passenger station although freight trains over Cuesta Grade have stopped. Both the Coast Surfliner and the Coast Starlight stop at this station. But more on these routes in a later post.

Three hours after leaving Santa Cruz, I set up my camp/sketch chair across from the station and sketched an elevation view of SLO Station. It was a glorious morning! 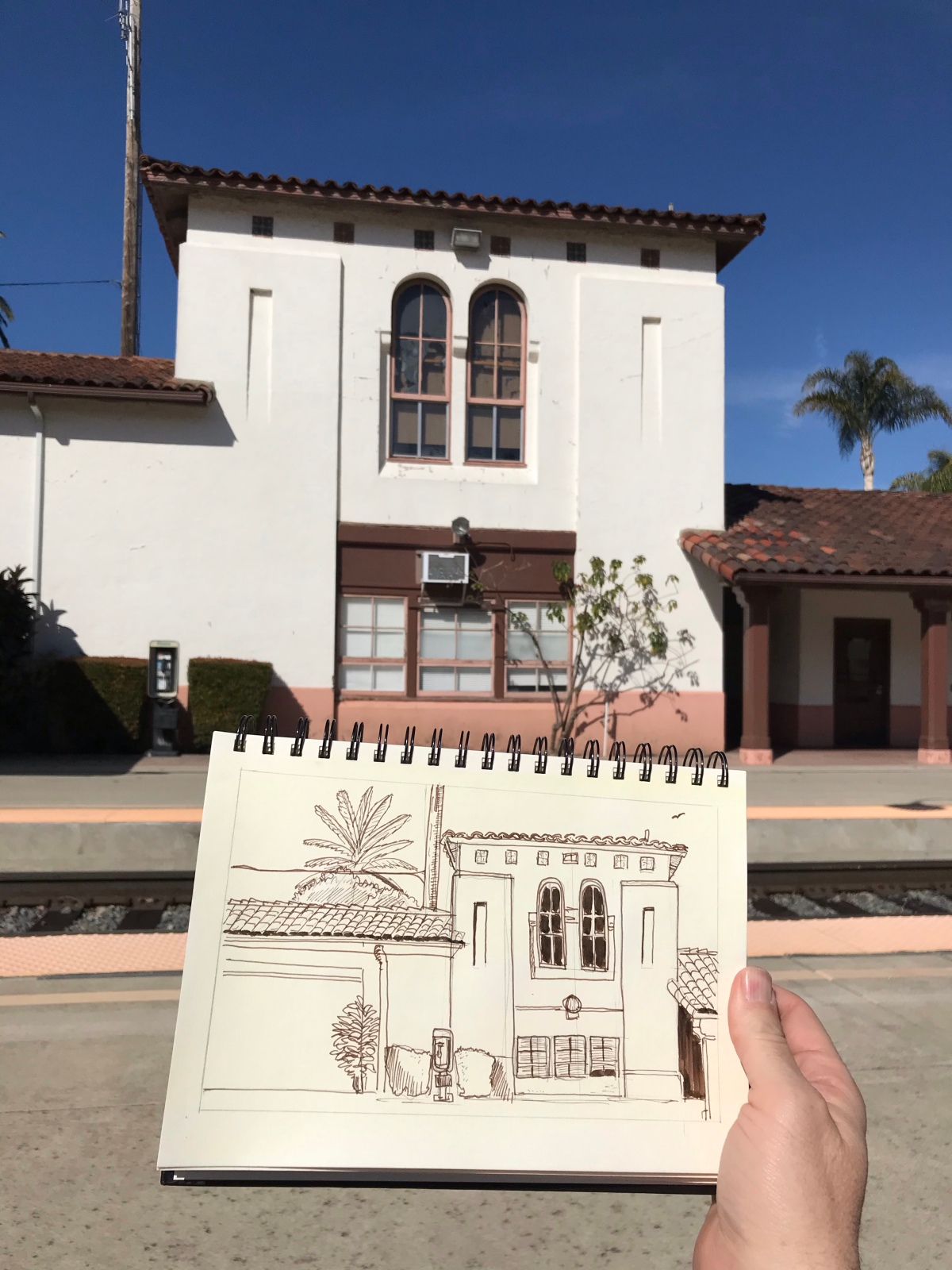