On Friday morning I showed up on the Nativity Facade of the church to take a tour of the inside of the most visited site in all of Barcelona. By selecting an early tour, I was hoping to avoid the crowds. No such luck. It seems to be tourist season all year round, even in the “shoulder” season of April.

Because I had pre-booked my ticket, the line was short and I had to go through a security check point that was up to the standards of any worthy international airport. All of my belongings went through the x-ray machine, the guard at the other end was only interested in my sketching bag. He took my sling pack and opened it and examined my pencil bag. I showed him my collection of pens and pencils. He was really interested in the small leather case that carried three sizes of tubes. These puzzled the security agent and I had to pull the tubes apart to show him that they were merely travel watercolor brushes. This didn’t seem to impress him. So I told him that they were Escoda brushes that were made in Barcelona. This seemed to impress him even less! To think that you couldn’t smuggle three Catalonian brushes into Barcelona’s most famous church!

He took away my pens, pencils, brushes, and paints meaning that I had no way to sketch within the glorious church. I am not a religion person but this seems like sacrilege!

So I had to settle for taking photos (iPhones and not sketchbooks seems to be the common currency here in this unfinished masterpiece). So all of my sketches of the statues on the Passion Facade where done from photos. Blasphemy! 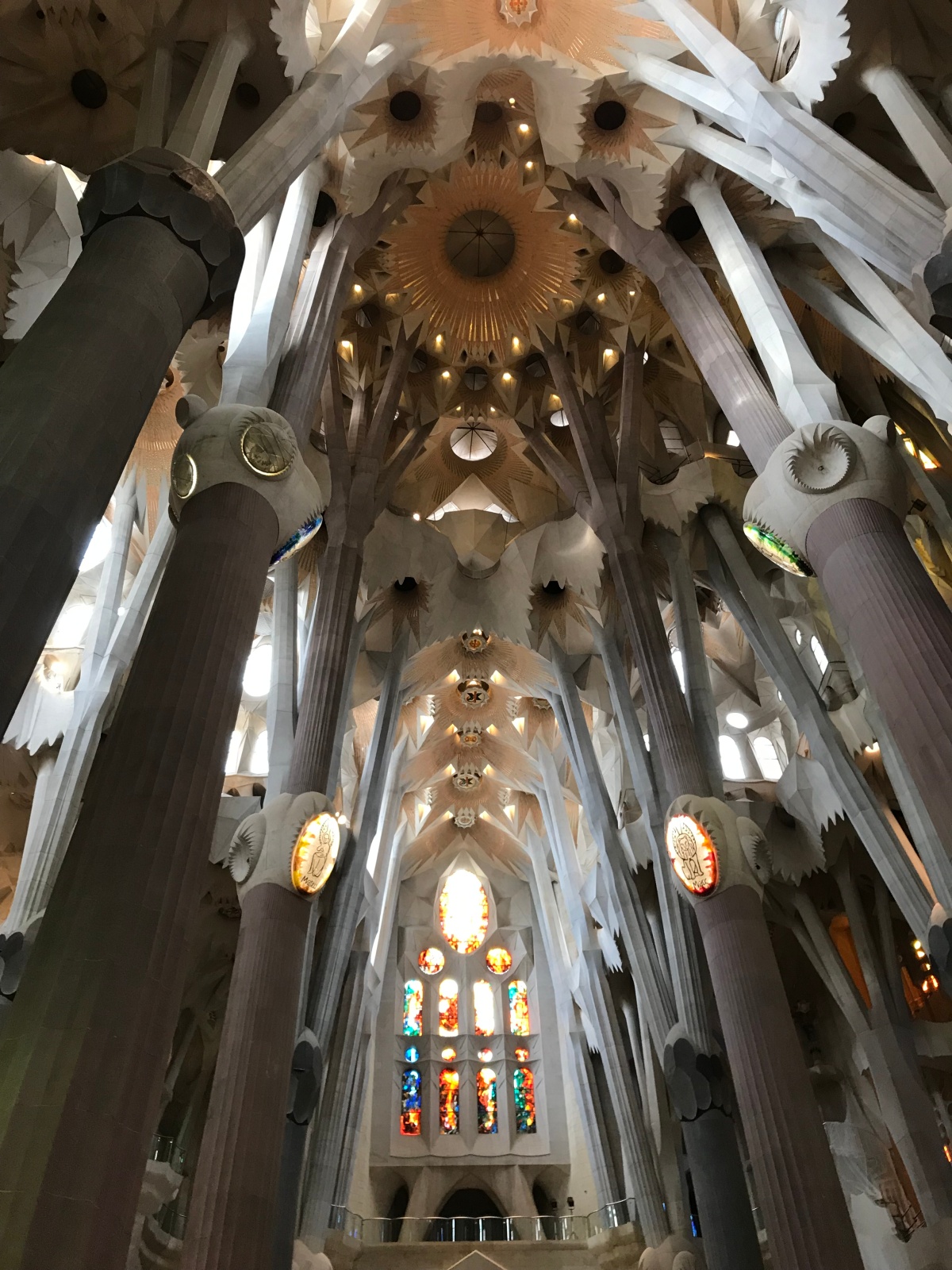 Well maybe having my sketching kit wasn’t such a bad thing. How on earth could I capture this in a sketch?!

Later in the day I did a few sketches of what I have seen and photographed. I would have preferred to have used pencils, pens, and paper to sketch in real time but the security guard left this sketching bird flightless.

While I would have preferred to sketch “from life” even taking the time to sketch from a photograph helps me the “see” and understand Gaudi’s masterpiece.