After our bone rattling ride on the Transpantaneira we arrived at our destination for the next two nights: the Hotel Pantanal Norte at Porto Jofre.

At this point in the tour our focus now was not on finding new bird species for our list but adding the New World’s largest cat to our mammal list! And we where wasting no time in doing it!

We checked into our rooms, set our bags down, had time for a quick shower and then we met Gonzalo, our boat driver, at the dock at 3:00 to start our afternoon search for jaguar. We would be heading up the Cuiaba River and explore some of the tributaries which was about a 25 minute speedboat ride away. 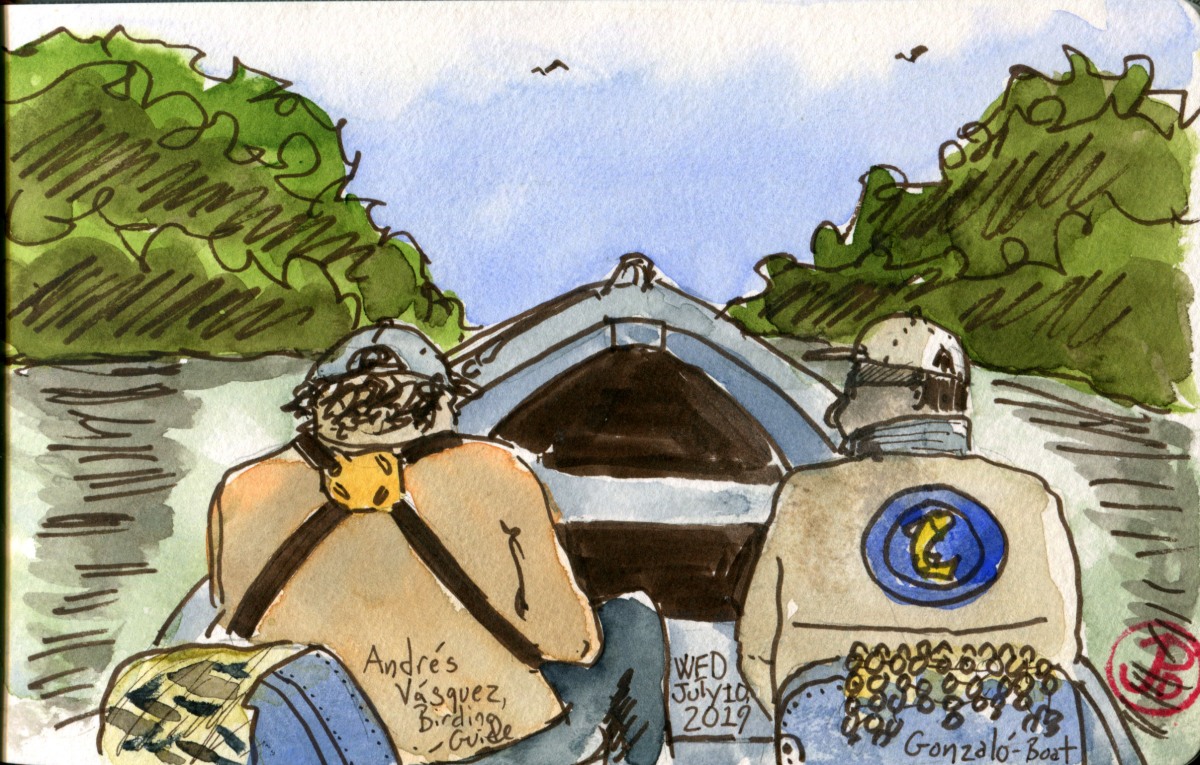 We did stop once on the Cuiaba to look at another large mammal and yes, another Brazilian superlative: the giant otter. This is the world’s largest otter and the the world’s longest member of the weasel family. 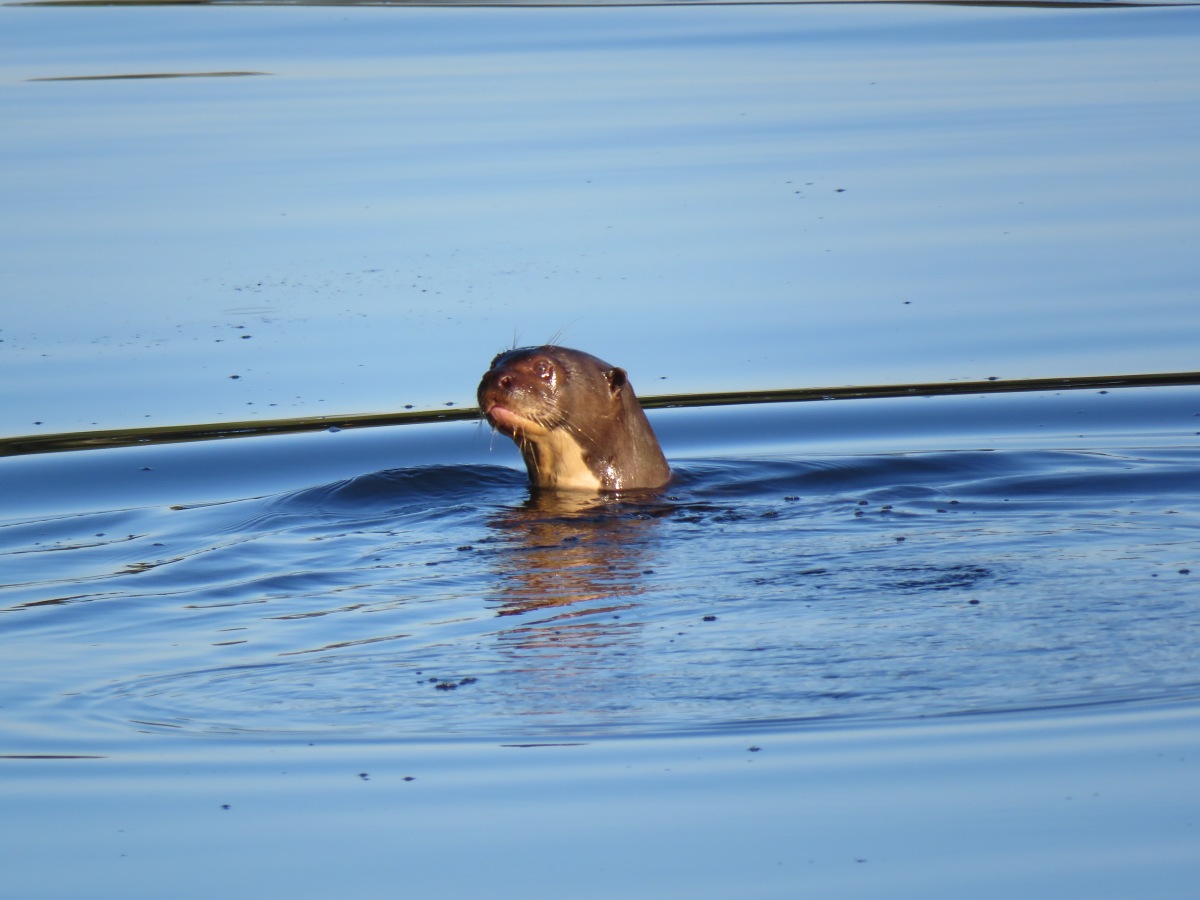 Giant otters look nothing like the their cuddly-cute sea otter cousins. These beasts look positively dangerous.

Within 40 minutes from leaving the dock, we came upon a flotilla of five other boats. This was a positive sign that a jaguar had been sighted in the area and a fellow boatman gestured to a sandy bank on the other side of  the river, confirming the fact. At the moment the cat was out of sight. If a group of birders is invested with one quality, it’s patience. And we had just enough left over from looking for antbirds in the Amazonian understory.

Within five minute a male jaguar appeared! He walked down to the river. Up on the bank was a female. This was a little post amorous stroll. It was amazing to see not one but two jaguars on our first afternoons out! 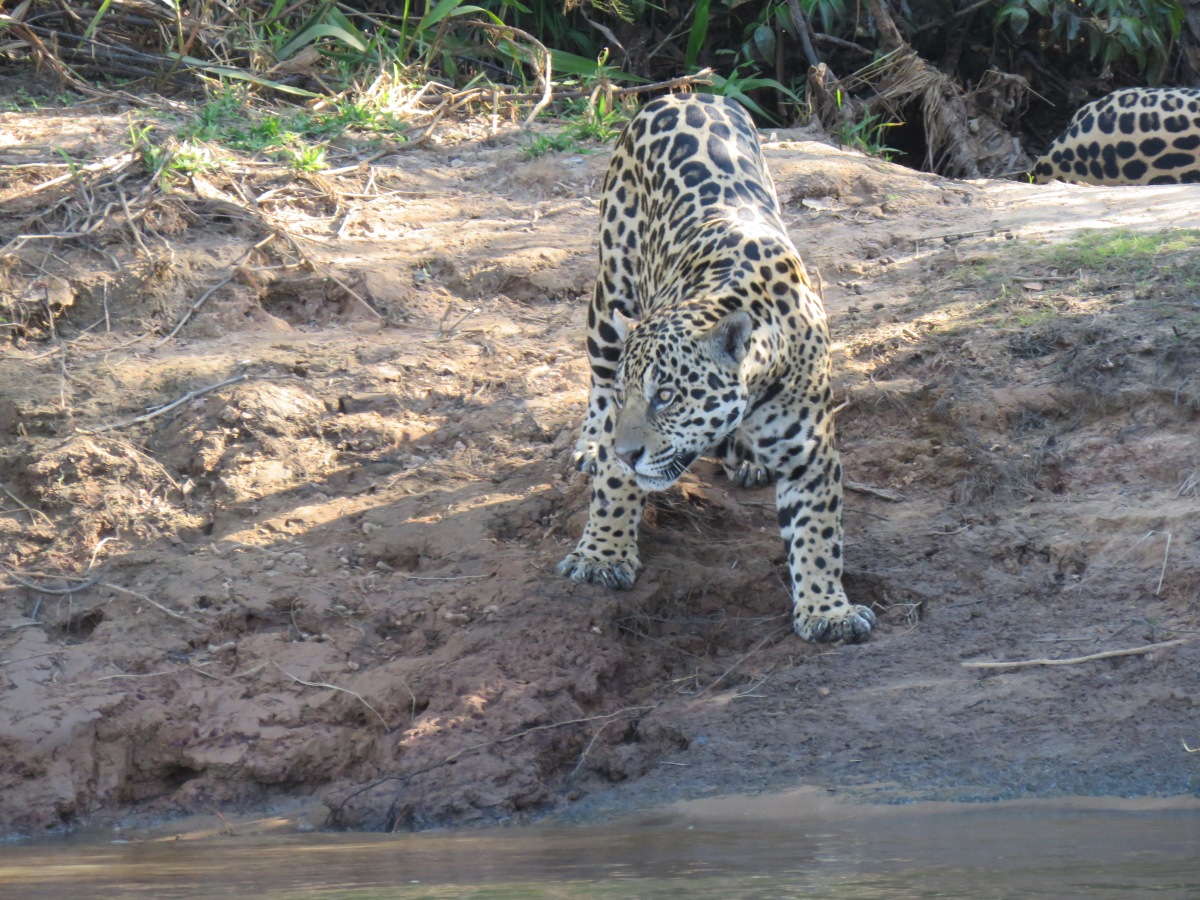 My first jaguar sighting in the Pantanal. This is also one of my first photographs. This is the male coming down to the river to drink. The female can be seen in the upper right.

The pair of jaguars headed back into the forest and out of sight. We headed off in search of more jaguars. within the hour we were amid another flotilla of boats, again looking at a pair of jaguars resting in a clearing by the river.

Downstream, another jaguar appeared heading along a path toward the pair in the clearing. Jaguars are normally found alone and they do not tolerate the presence of others. This could get explosive. The lone lone jaguar was nearing the clearing and we weren’t sure how the jags would take to this territorial encroachment.

Here come the “intruder” downstream towards the pair in the clearing.

The lone cat disappeared into green and reappeared in the clearing and all tension was dispelled as we realized that this was a mother and her two young cubs. Our driver told us that they were about two years old. 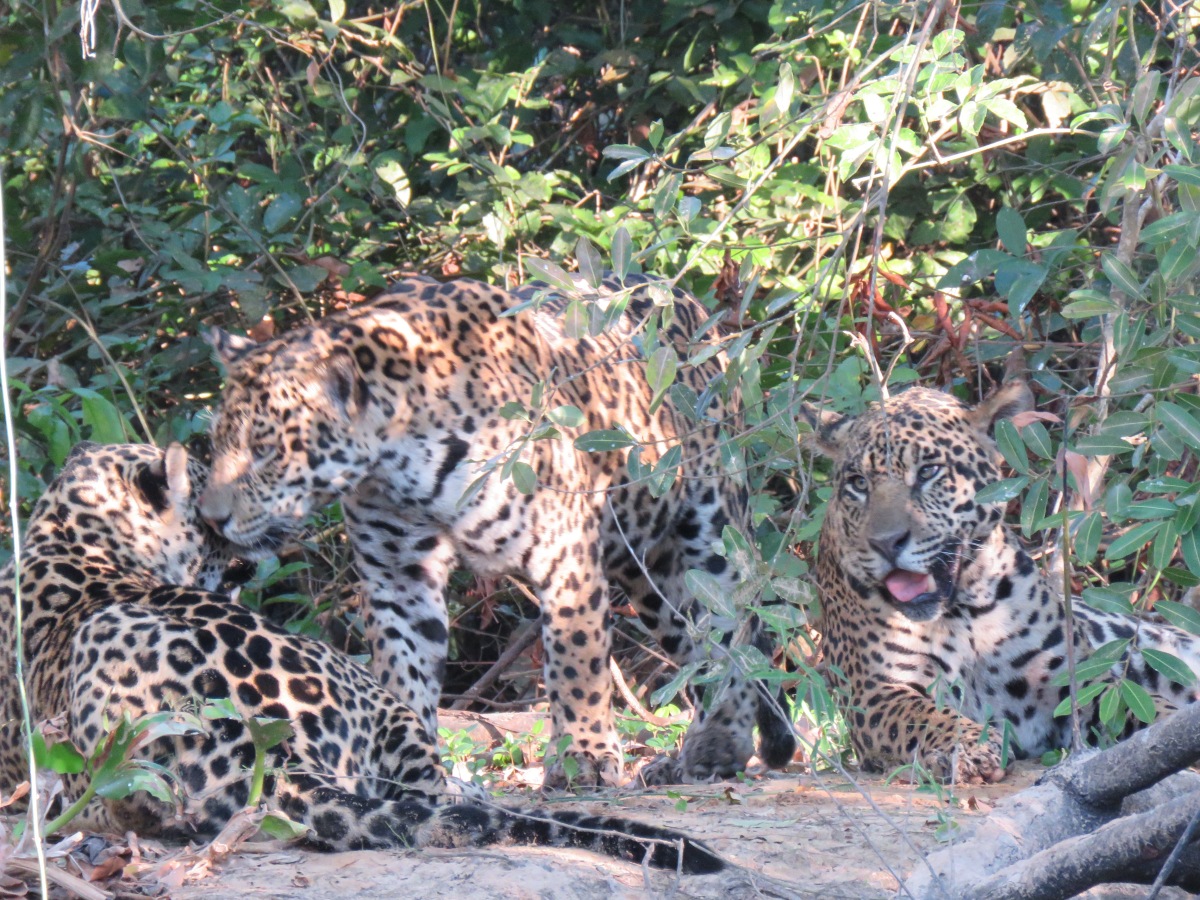 About ten minutes later, a fourth jaguar appeared on the path. This was a lone adult male. The female left the cubs behind and trotted up the riverside path and let the male know that his presence was not wanted. He changed his course and disappeared into the green forest.

So on our first afternoon of jaguar hunting we saw six individuals! Most tours are lucky to see one or two cats over the course of two days and we still had one more morning of searching to go. Could we possibly go into double digits with this iconic cat?