On Monday of the Labor Day Weekend, 2019, word was out about a boating accident near California’s Channel Islands. When “Santa Cruz Island” and “scuba boat” were mentioned on the radio newscast, I was all ears.

The reason for my instant attention was that I had been to Santa Cruz Island twice. More recently on a camping trip to the Scorpion Bay Anchorage and then in April 2006, a scuba diving trip on a live aboard diving boat out of Santa Barbara.

When more news came out it became clear that a diving boat had caught fire in the early morning hours of September 2 with passengers asleep below deck. The fire quickly engulfed the vessel and the boat sank. At the time of this blog’s writing, it was believed that all the passengers, 34 divers, had perished while five crew members had escaped.

The name of the dive boat was “Conception”.

I headed home after work on Tuesday and rummaged through a storage box that contained my 9 by 12 Canson all media journals. I was looking for the journal that contained sketches from my 2006 dive trip. In the fifth journal I checked, I flipped through the pages to find the dockside sketch of the live aboard dive boat the night before we headed out to Santa Cruz Island. Below the sketch I noted the ships specs: Built: 1981, Length: 79’, Beam 25’, Cruising speed: 12 knots. Above the drawing was neatly stenciled letters in all caps. It was the boat’s name.

Her name was Conception.

This discovery sent chills through my body and a wave of empathy and horror for those who had perished. 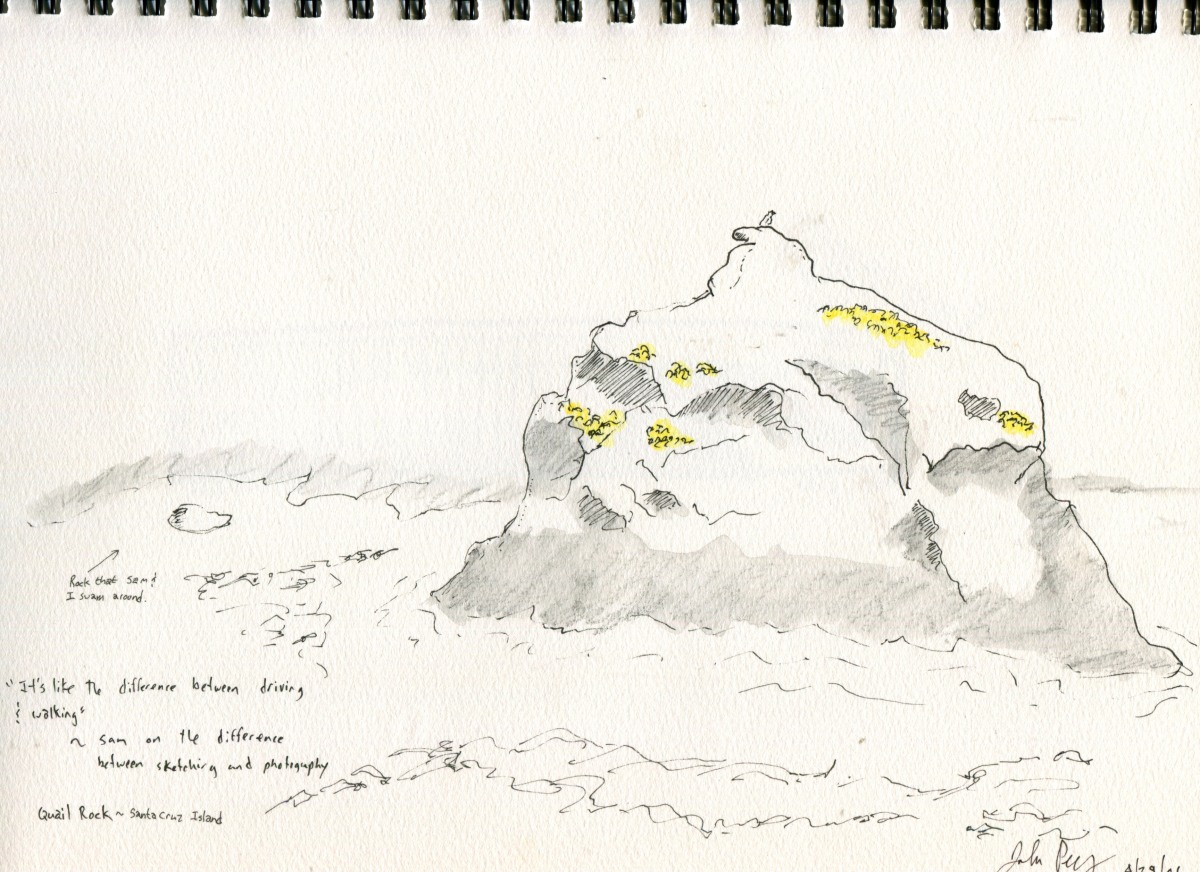 I turned the page to find a near monotoned sketch, dated 4/29/06, of a rock called “Quail Rock”, a sketch I remember doing on the deck of the Conception between dives. I had a quote from my dive buddy written in the bottom left corner: It’s like the difference between driving & walking. ~Sam on the difference between sketching and photography.

The last of the three sketches I did on this trip was the most chilling. It is dated  4/30/06. It is a comic of myself, squeezing into the tight berth below decks in the Conception. It shows me with my arm braced inches above my head, my teeth clenched in frustration as the sound of the boat’s engine drones on.  The title is, “Lower Bunk 10D of the CONCEPTION”. And here is the really chilling aspect of this illustration: it looks like I’m trapped alive in a coffin, like something out of a Poe short story. This was an illusion to show how cramped and uncomfortable my bunk was. 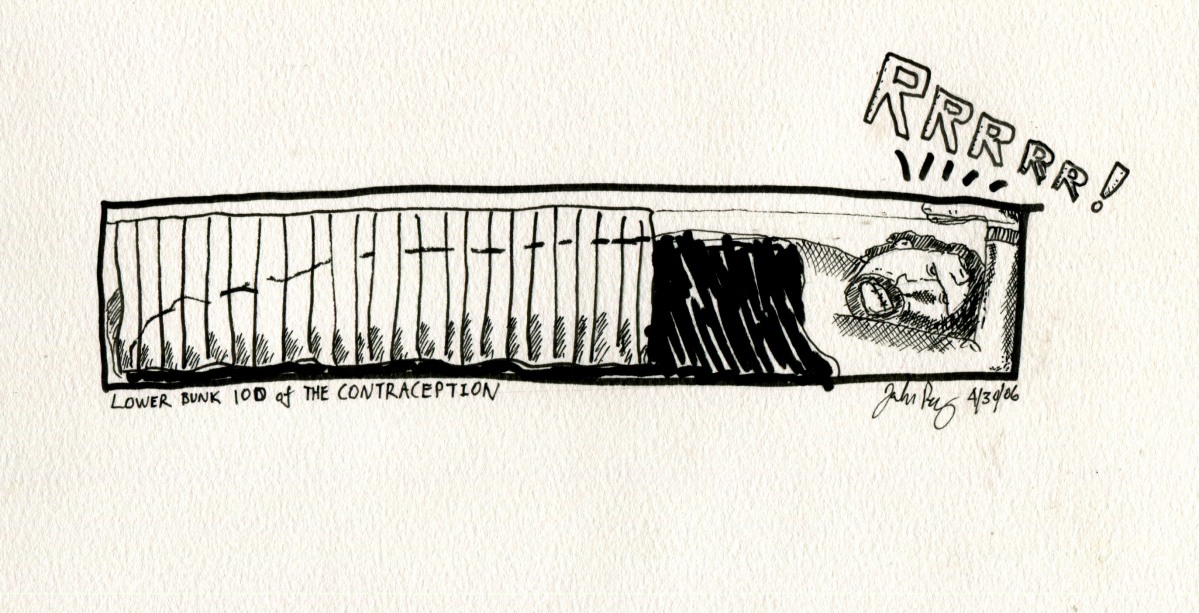