One of my favorite winter birding destinations is in Yuba County, just off Highway 20, northeast of Marysville. The country roads of Woodruff, Mathews, and Kimball are great backwater roads to see the abundance of wintering waterfowl consisting of snow and greater white-fronted geese, tundra swans, white-faced ibis, and wintering raptors. 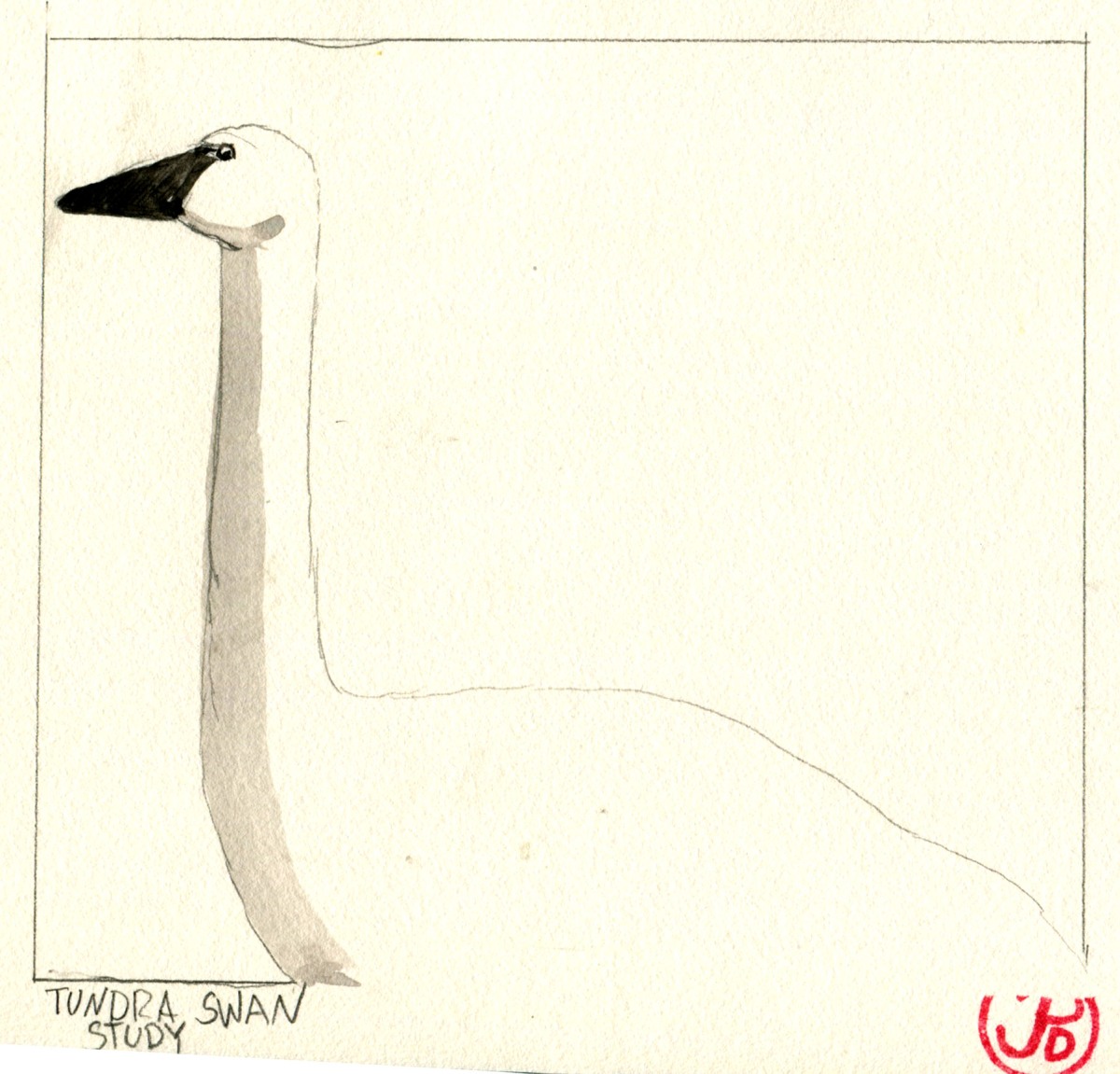 Study sketch of a tundra swan. The area around Highway 20 is one of the best places to see large numbers of this beautiful swan.

There is nothing in the natural world quite like seeing a sky full of snow geese. The sight and sounds fill the senses like few others experiences. 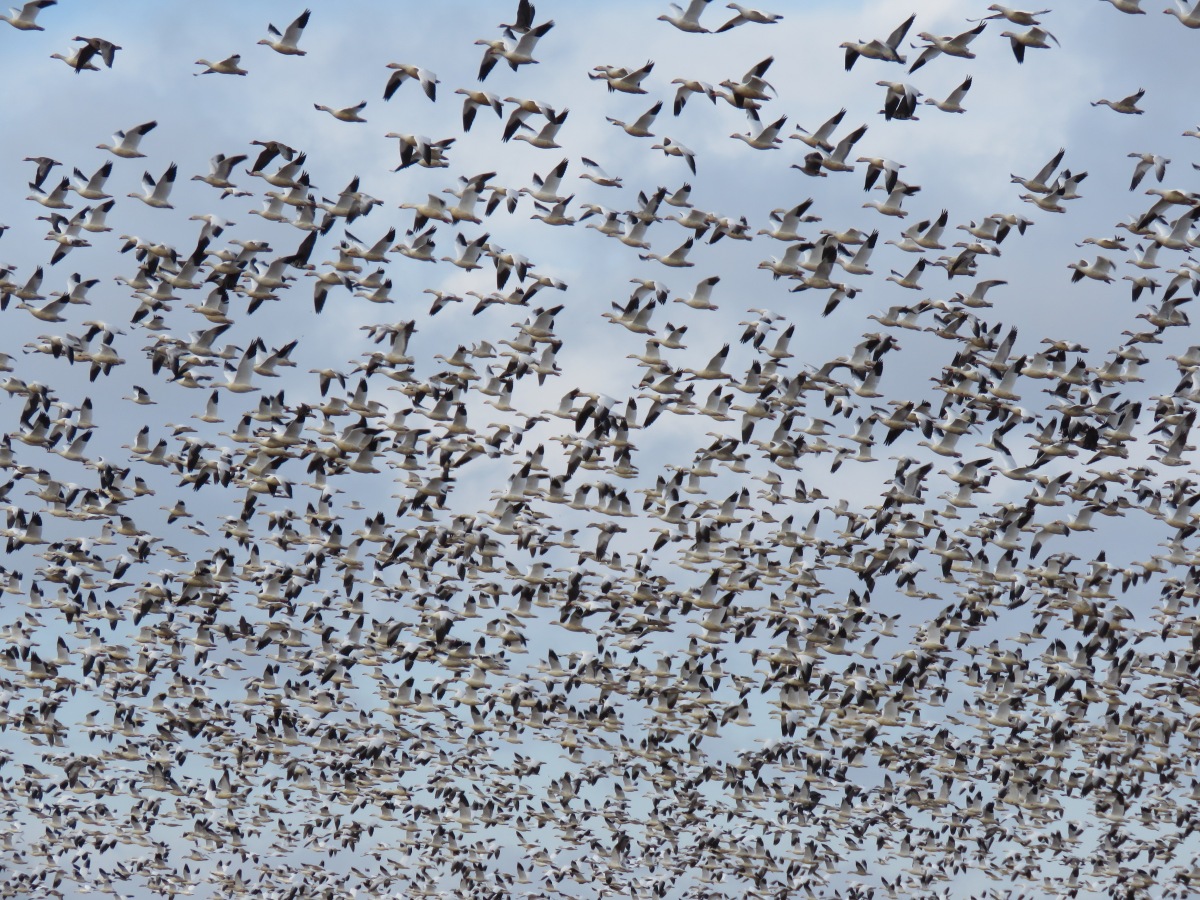 Thousands of snow geese erupt into the air near Kimball Lane.

The thousands of waterfowl that winter in the Central Valley also attracts a predator: the bald eagle. On Thanksgiving morning, in partly sunny and partly rainy weather I spotted an adult bald eagle perched in a field just to my left on Kimball Road. So I got out an took a few pictures, the eagle was jumpy and soon flew off across the road. This was a clean adult bird with pure white on it’s head and tail and chocolate-brown body feathers. This was a beautiful specimen of Haliaeetus leucocephalus.

Even a non-birder would be able to identify this large raptor. 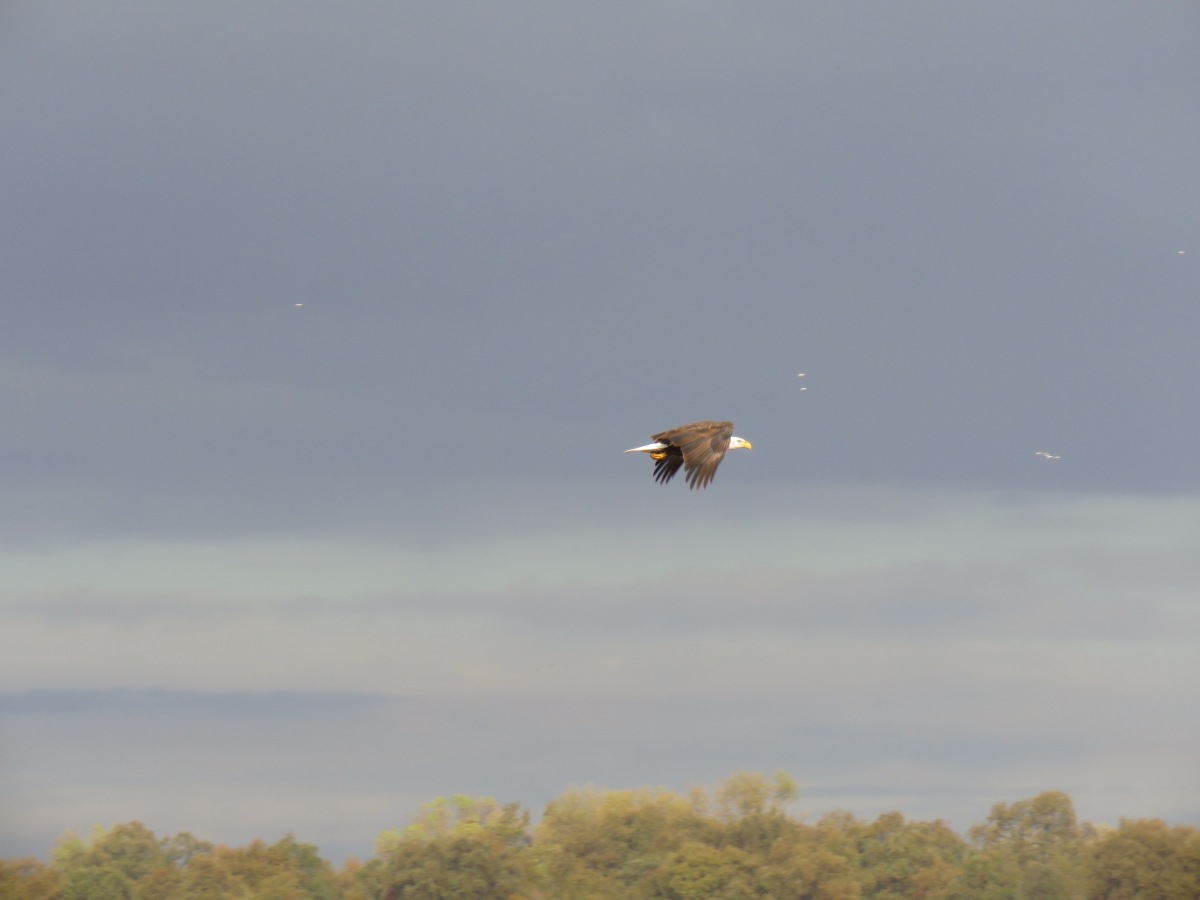 I headed down Kimball Lane with a wintering wonderland of waterfowl on all sides and thousand of stretched out “V”s in the air. I came to the junction of Jack Slough Road and I turned right. As I headed down the road on this Thanksgiving morning I saw three wild turkeys off in a field to my left. I pulled over to get some photos, but the birds had disappeared into the brush. This was a good day to be skittish if you are a turkey! That’s when I saw my an immature bald eagle fly over. Then an adult appeared, soaring over the powerlines and then coming to rest in a field to the right.

This was another adult from the one I saw earlier. The white head feathers appeared more “dirty” round the eye.

The bald moved around some more before finally landing in the center of a field. The eagle walked around and appeared to be eating some sort of waterfowl that was hidden in the undulating rifts of the plowed but fallow field.

I figured the eagle was going to be here for a little while so I pulled out my sketching bag and did a field sketch (featured sketch). One issue I have had with sketching bald eagles from life is that I either make their head too big or their bright yellow beak too large. In this sketch, I made the beak a tad too long. Oh well, I learn something with every field sketch that will guide me when I make future field sketches.

Here is one of our smallest raptors, a male American kestrel, perched on a sign on Kimball Lane. It  has been said that if this falcon was the size of a bald eagle it would surely be our National Symbol.