I left the Up Back Cottage in Lamoine at 5:30 AM (it was hard to leave such cozy digs). I had two wildlife targets for this early morning adventure. One was a small boreal species weighing half an ounce and the other was the largest deer in the world. Adult males can weigh in at 1,800 pounds and can be over six feet tall at the shoulder.

I was hoping to kill two birds with one stone (forgive this tasteless idiom) on a single hike in Baxter State Park. The hike was on the eastern shore of Sandy Stream Pond which is in the shadow of Maine’s highest peak: Mount Katahdin (5,267 feet).

I hit the trail by 8:30 after signing in at the trailhead. Baxter is some serious wilderness and many hikers attempt to summit Mt. Katahdin and you had to be aware of the trails, terrain, and the quickly changing weather. Mortality can feel very close here.

I crossed Roaring Brook and soon I could see the pond through the trees off to my left. At this point the trail was a wooden boardwalk above the boggy ground. I took the first left towards a viewing point. Once I had a clear view of the waters, I immediately saw two moose in the water near the far shore. A cow and her calf were grazing in the waters. Each time the cow raised her head from the waters, a small cascade of mountain water flowed down from her “beard”, like a small stream. 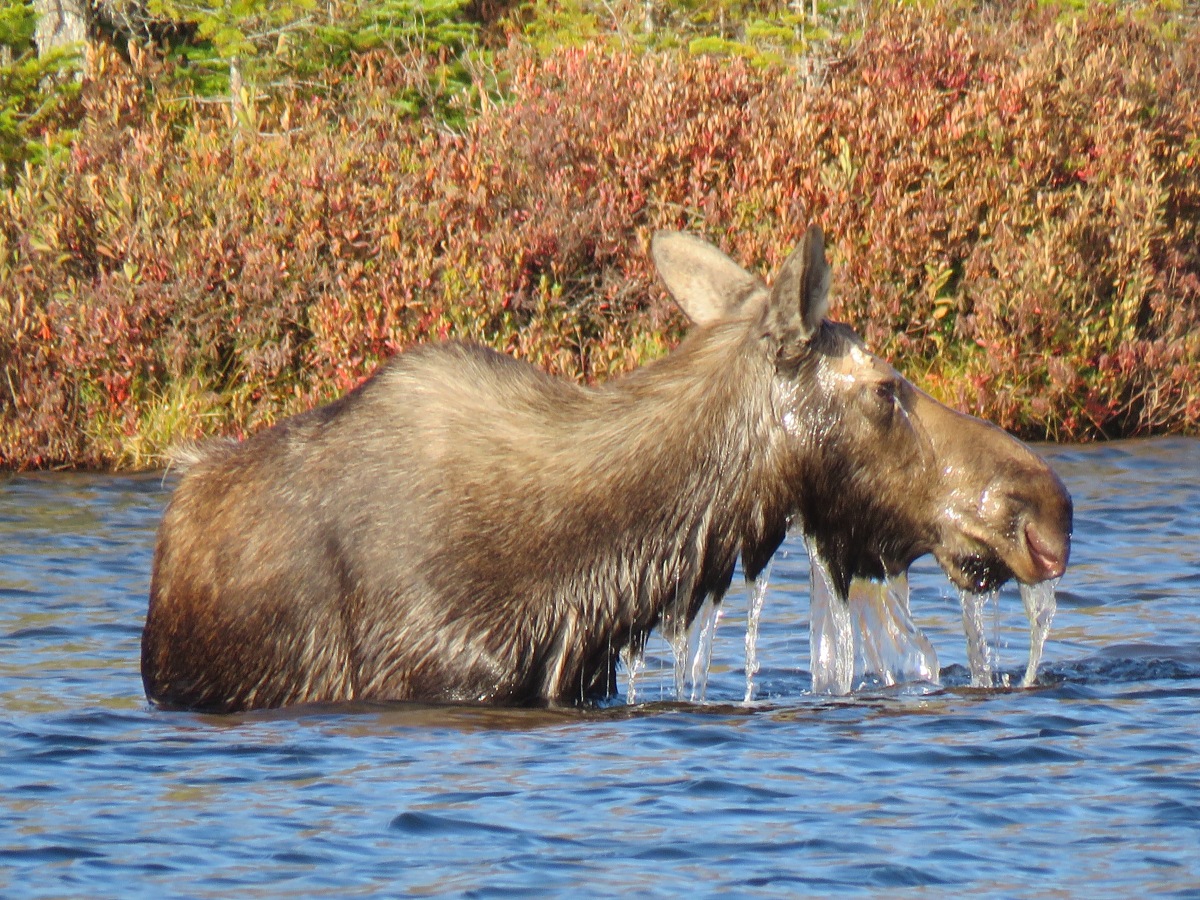 Moose cow at Shady Stream Pond. See, I’m not making these similes up, like a small stream.

I stayed and watched the cow and calf feed in the pond. This was the second time I had seen moose in the wild. The first time was two years ago. I had tried known hotspots in Grand Tetons National Park, arriving at the appropriate times (dawn and dusk) only to see a cow and a calf in the city park on my way out of Jackson. It was great to see moose in a more natural setting with long legs submerged in an icy mountain lake.

A quick sketch of Sandy Stream Pond with fall foliage.

After getting my fill of wild moose in an amazing backdrop of autumn reds, oranges,  yellows, and dark greens under the shadow of the peak of Mt. Katahdin, it was time to move on to look for a small bird that weighed as much as five pennies.

I continued north along the Sandy Stream Pond Trail towards the junction with the South Turner Mtn. Trail. The key to locating a boreal chickadee was to be in the right location (check) and to listen for the sounds of the more common black-capped chickadee. It’s call, chicka-dee-dee-dee, is onomatopoetic of it’s name, was the call I was listening for, because the boreal chickadee forms loose feeding flocks with it’s more well known cousin.

I was halfway along the trail from the Sandy Stream junction when I first heard the faint sound of a chickadee coming from within the mixed spruce to my right. In this case a black-capped. I headed off the trail and weaved my way through the trees trying to locate of the flock, willing to hear the “gargle” call of the boreal.

Much pishing and other hopeful noises brought in a few black-caps. This was a good sign. And then a few other birds came in with calls that seems a little similar but not quite right. It was different enough. And one of these chickadees flew in to a branch above my head and I was able to get a few photographs. 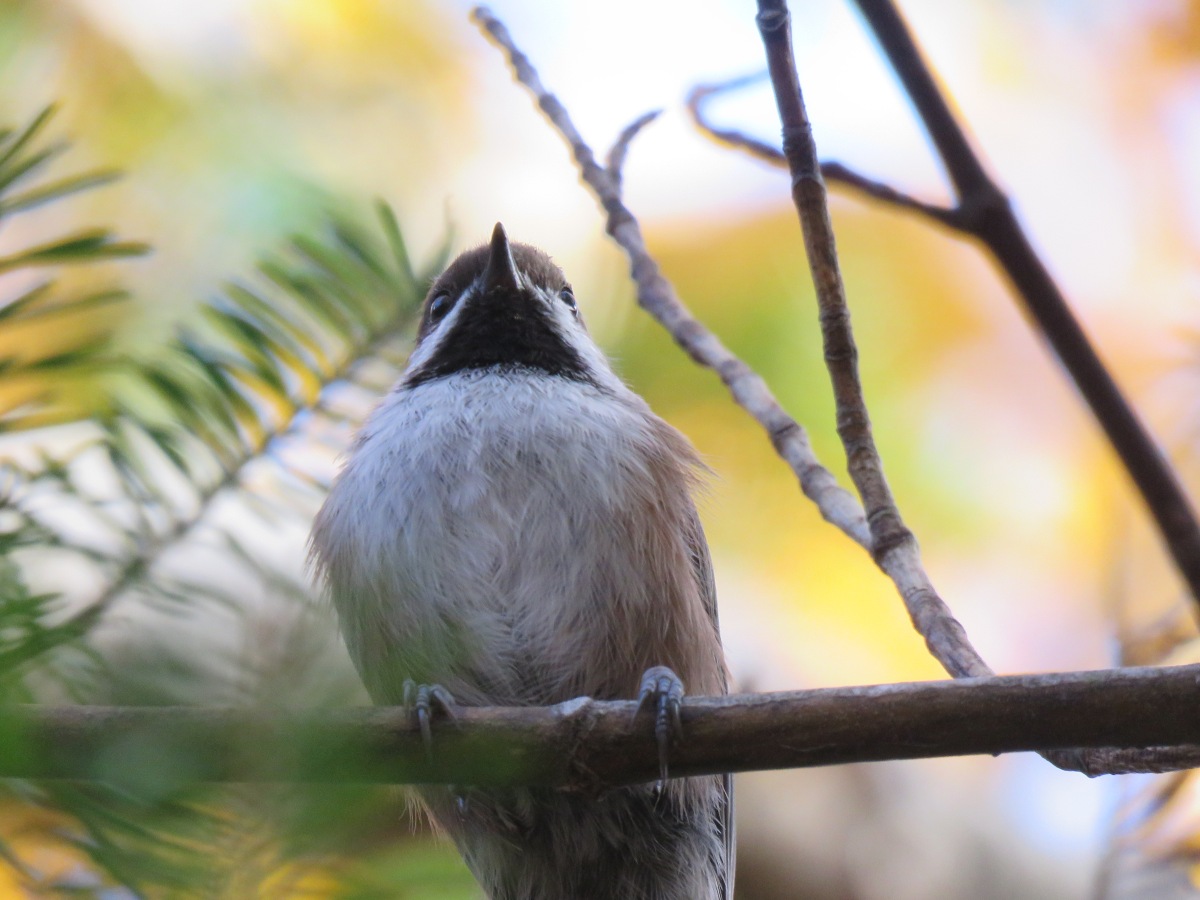 Above is the first photo that I captured of the mystery bird. The key fieldmark that distinguishes a boreal from a black-capped is that the boreal has a brown cap. The bird was looking to be the bird that I was looking for. It clearly had a brown and not black cap. The Audubon Bird Guides noted the boreal chickadee, “has gained a reputation as an excessively elusive bird.” This bird was elusive no more! Lifer! 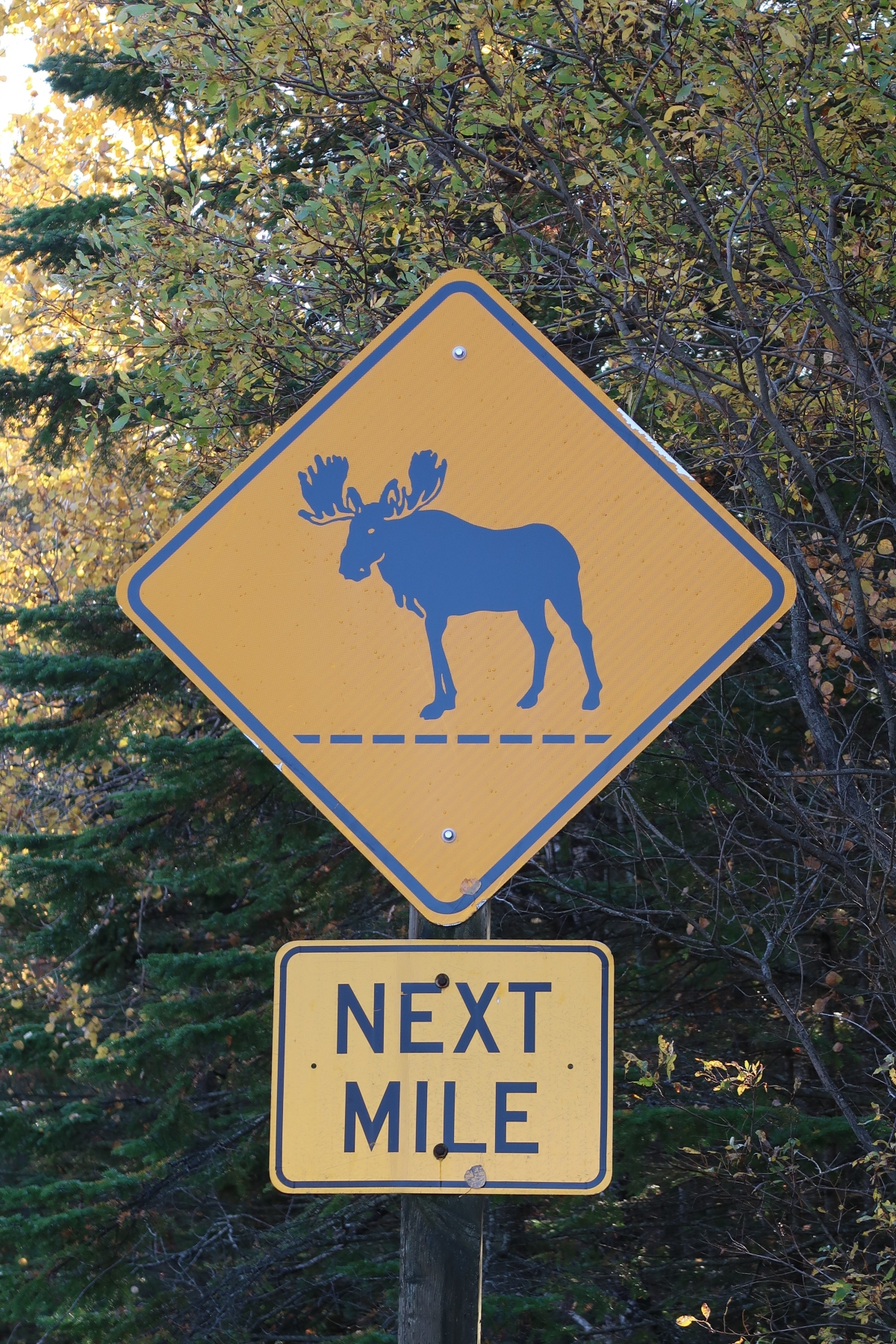 If there is an unofficial animal for Jackson Hole and Grand Teton National Park it would have America’s largest deer. The moose is featured in and on paintings, sculpture, bumper stickers, t-shirts, hats, postcards, etc. A moose rack hangs above the four famed Antler Arches in the Jackson Town Square, each painted with the words: “Jackson Hole, Wy”. 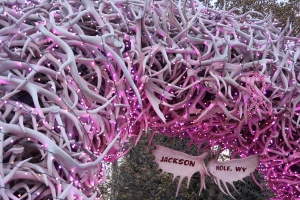 The Antler Arches of Jackson. A few words come to mind, “tacky” and “garish” are but two.

Now finding a moose should be as easy as throwing a snowball and hitting a millionaire in Jackson. I started my search turning left at Moose Junction and heading southwest on Moose-Wilson Road (no joke). I drove down and back, no moose! I searched the ponds and creeks in the area, ideal moose habitat, no moose! I checked all the moose hotspots in the park, no moose! I searched areas outside of the park like the Gros Ventre River, no moose (but I did see my first herd of bison). Who knew that finding the world’s largest deer would prove to be so tough? I returned to the Anvil Hotel, crestfallen, that I have not seen my first moose in one of the moosest National Parks in the world. 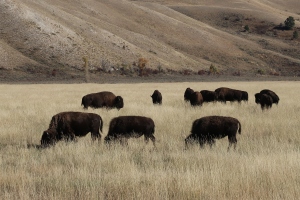 Not a moose but the first of many bison in Grand Teton and Yellowstone.

I lit out of Jackson early because there was a storm bearing snow, soon to arrive and I wanted to make all the passes in Yellowstone so I could make it to my digs in the town of West Yellowstone, Montana. I left at 8:00 AM and stopped to fuel up. I headed north toward Grand Teton and Yellowstone, past a picnic area and this is what I saw: 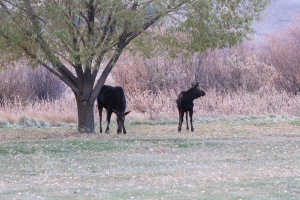 And just when I wasn’t searching for a moose, I found moose! A cow with her calf.